For the second round in a row, we had an odd pic template with a filter in front of the characters. This time, the idea was TV static. IT'S KANE'S REVENGE EVERYONE RUN FOR YOUR LIVES!

Also pretty funny is how Link can get 67% and have it be his worst 1v1 match in 6 years. The comparison here is obvious: http://board8.wikia.com/wiki/Link_vs_Mega_Man_2004

Either Mega Man X is stronger than the original model, or Link isn't quite as strong as he used to be. He would of course still win this contest fairly easily (including recovering well from looking off in his first three matches), but maybe he's not the unbeatable force everyone thinks he is. 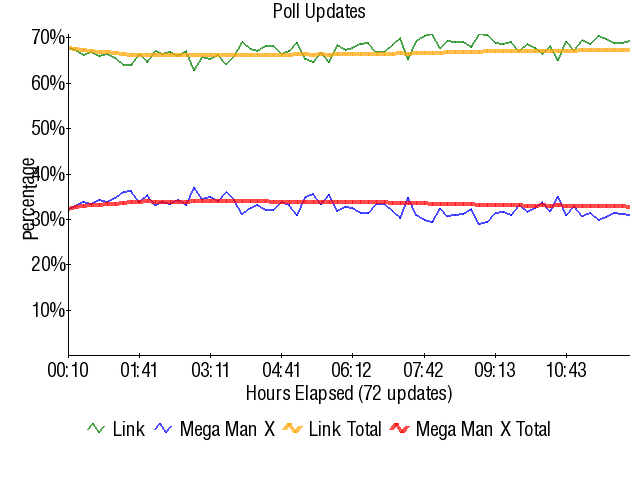