Haven't we seen this match before? Let me jog my memory here....

Oh yeah, this was the quasi-sequel to a rather famous contest match.

The difference this time is no one picked Mega Man pre-contest. There was no x-stat support or anything else. Everyone knew Mario would win this. But during this contest, a good argument can be made Mega Man's first three matches are more impressive than Mario's. But this isn't all that relevant, because it's FREAKING MARIO.

He's so FREAKING MARIO that Mega Man didn't even win the board vote despite all the joking groundswell of support for him. Mario is basically the ultimate anti-joke. The percentages here didn't finish far off from Mario's "upset" of Samus in 2005, but this time it was quite expected. 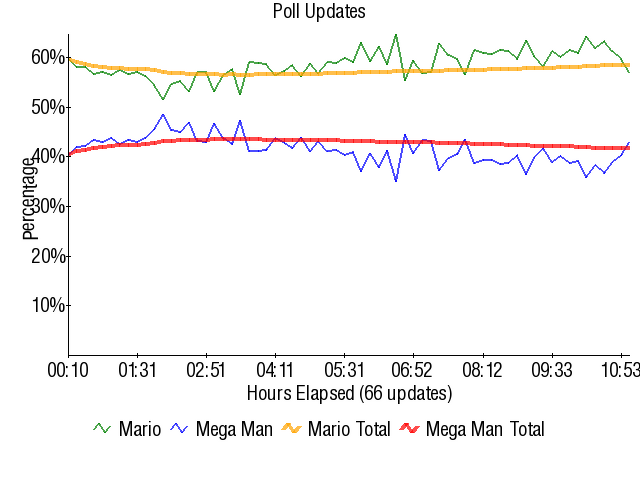