So hey, remember when these two had a match way back in 2006?

It was 55-45, which is probably how that match was supposed to go without SFF. Fast forward 4 years, and suddenly Samus outdoes that match by 9%.

Samus, the one Nintendo character who never SFFs anything else, SFFing Zelda of all people? Something was up. Either Samus was about to win the Winter 2010 Contest, Zelda lost a step or two or Samus has finally learned how to SFF people. Given how great Samus looked compared to how odd Zelda looked all contest long, it's probably a mix of the latter two. And even still, a difference of 9% is no joke. Samus was berserk this contest. Zelda getting a deboost across the board was possible, given even with Link winning the other two also looked a bit off this contest.

One thing was for sure. Samus vs Cloud was going to be a really, really fun match. 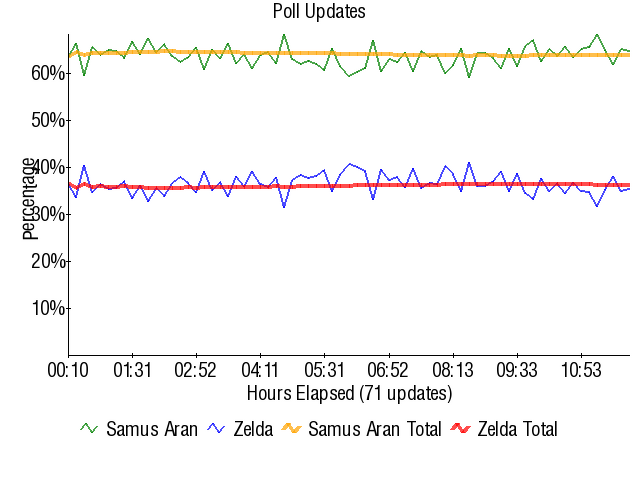