Over 1 in 10 people picked Prince to win this match? Really? The only noteworthy thing about this poll is how awful Prince's match picture is. Cel shading is normally terrible, but that thing makes even Wind Waker Zelda look well-designed.

Samus routinely has one of the best board votes of any character, and it showed up again this contest. It'll be hard for her to outdo that hilarious start against Sam Fisher back in the day, but this came close. She had over 90% of the votes for a bit at the beginning before stabilizing at 81% and falling a bit later. Doesn't matter. Samus was a total beast through her entire path this contest. More on this in later rounds 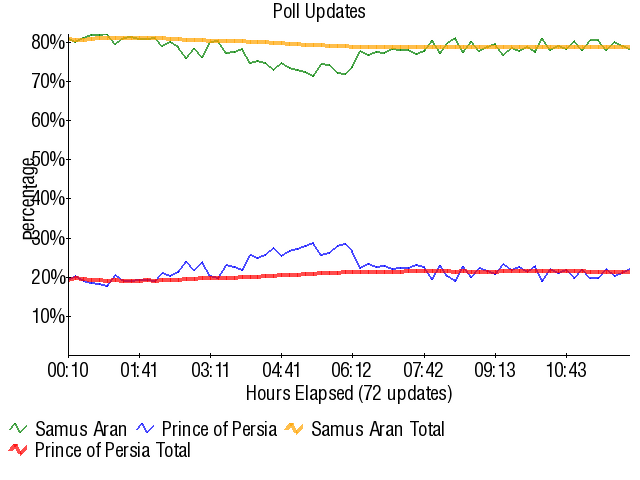 • Previous Match       • Next Match
Retrieved from "https://board8.fandom.com/wiki/(1)Samus_Aran_vs_(16)Prince_of_Persia_2010?oldid=59170"
Community content is available under CC-BY-SA unless otherwise noted.