This match was the culmination of Sonic upset hype falling flat on its face. First Ganondorf completely crapped out in round 3, then Kirby followed suit by not being in this match for more than a couple minutes. Given the insane hype behind Ganon or Kirby upsetting Sonic in this division, Sonic's thorough beating of both characters pretty much shut the door on him being a lot weaker or being the weak link of the Noble Nine or whatever else. The 4ways overrated Sonic Team's collapse, but 1v1s returned at least Sonic to normalcy a bit.

For the record, Crono is the weak link of the Noble Nine and has been for awhile. This probably isn't in doubt anymore. Sonic isn't a mega strong character, but he's surely not the crapfest that 4ways made him out to be. He is what he's always been: third tier of the Noble Nine. 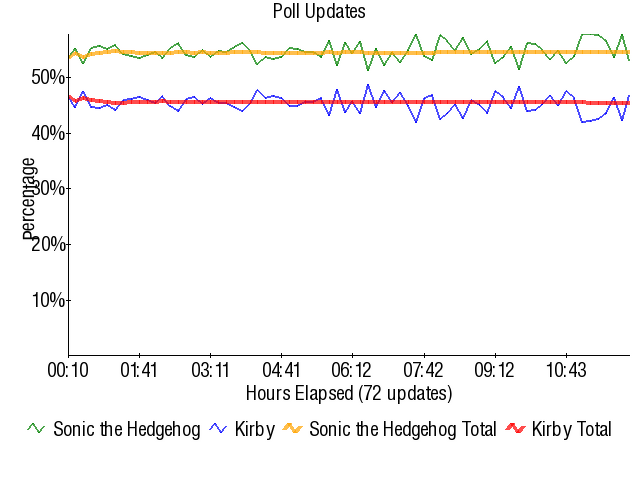 • Previous Match       • Next Match
Retrieved from "https://board8.fandom.com/wiki/(1)Sonic_the_Hedgehog_vs_(3)Kirby_2010?oldid=59297"
Community content is available under CC-BY-SA unless otherwise noted.