Take a good look at this match. This is pretty much exactly how Mario vs Yoshi would go, and those fan-favorite one-series poll winners are virtually meaningless. Knuckles won a similar poll once, too, albeit a very old one:

Come match time, he was easily SFFd. He did however win the very early vote, which caused everyone to not want to refresh after voting.

As an aside, people campaigned for weeks to get the Sonic 3 cover as the match pic here. Bacon couldn't really violate his template for one match, but he picked the next best thing. Major kudos to whoever Master_Mary is for an outstanding match pic. 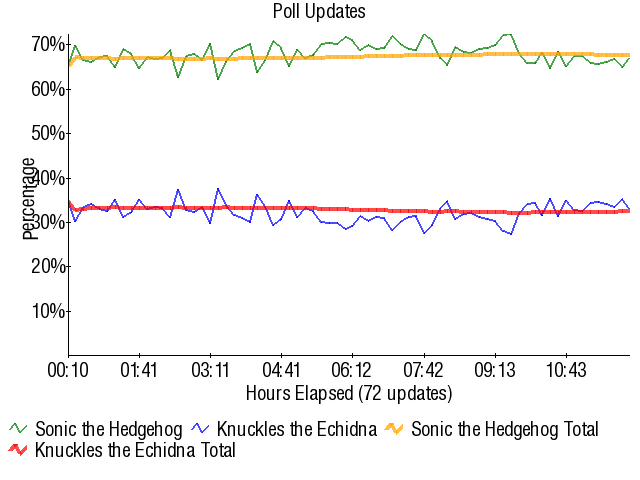 • Previous Match       • Next Match
Retrieved from "https://board8.fandom.com/wiki/(1)Sonic_the_Hedgehog_vs_(9)Knuckles_the_Echidna_2010?oldid=59206"
Community content is available under CC-BY-SA unless otherwise noted.