Midna had one of the weaker vote-in performances among those who placed from them, so it was no surprise she'd be stuck as 16 seed fodder in this contest. But even with her loss as a given, she helped prove a few things about Sora.

Sora is basically a stronger version of Master Chief. He never blows anyone out because of Kingdom Hearts anti-votes, never gets blown out because of how popular Kingdom Hearts is and overperforms a lot because of killer morning votes and ASVs. This was a wholly unimpressive 64-36, but this is just who Sora is now. Thrives in fourways, not transitive in 1v1s and can't score a mega blowout ever. Mr. Driller or Tanner could probably break 20% on this dude. 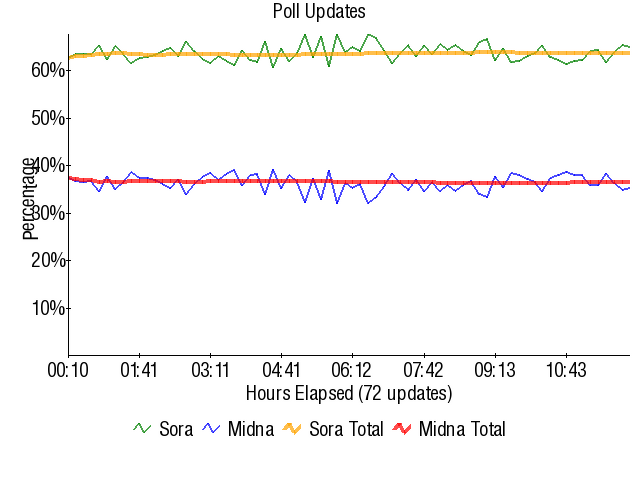