Maybe Squall > Auron wasn't a lock, after all. Never before has a near-doubling looked so terrible.

Furthermore, this was Squall. Had Sonic not been announced for Brawl, Squall would have beaten him in fourways twice. The same guy who beat Luigi, almost beat Vincent, and most importantly, the same guy who SFFd Tidus into the ground in 2006. He's wrecked lesser Final Fantasy characters before.

Yet here we are, in 2010, and Squall fails to even double Terra. He was actually barely above 60% in this poll before a time, before um.... "saving face" overnight and getting his percentage up a bit. It's not like there was some huge pic disparity, either. Terra looks god-awful there.

Do you realize if you take this match literally, Terra scores 60.5% on Tidus?

(7)Tidus vs (10)Terra Branford, let's do this. Tidus could probably find a way to pull off that choke job. 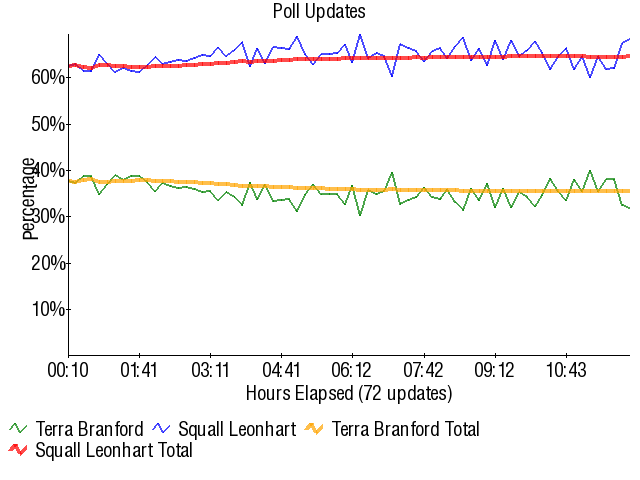 • Previous Match       • Next Match
Retrieved from "https://board8.fandom.com/wiki/(10)Terra_Branford_vs_(2)Squall_Leonhart_2010?oldid=59229"
Community content is available under CC-BY-SA unless otherwise noted.