For whatever ridiculous reason, this match had upset hype behind it. That hype thankfully, mercifully ended about 2 seconds after the match began.

Zelda started off with a doubling and fell to under 65% at the freeze. And to be fair, Ezio rolling with the ASV and cutting off another 2% was pretty impressive. But... seriously, Ezio > Zelda hype? I should have gone through with that account bet against Curt just to off him for championing a cause so off-the-wall. But I actually like Curt, so seeing him go for something this bad wouldn't have been right. 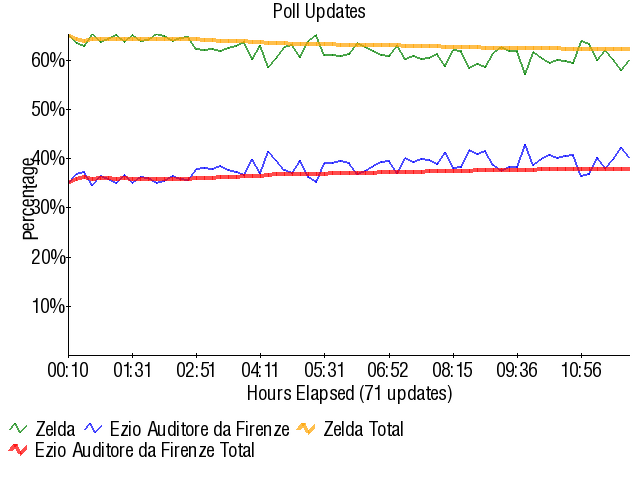 • Previous Match       • Next Match
Retrieved from "https://board8.fandom.com/wiki/(10)Zelda_vs_(2)Ezio_Auditore_da_Firenze_2010?oldid=59221"
Community content is available under CC-BY-SA unless otherwise noted.