No matter how badly other FF7 characters get anti-voted, Tifa doesn't seem to have that problem. But with that said, this was an odd match for her. The percentages barely moved all day, which is strange given Big Daddy isn't all that strong a character. Maybe Big Mommies have needs, too.

The comparison here is obvious. Tifa got 62% on Gordon Freeman, yet didn't really come close to that against Daddy next round. Either the Missingno fans punished Tifa for Sephiroth's win, or Big Daddy would beat Gordon Freeman with ease. Gordon losing that match wouldn't surprise many people, but you won't find too many gurus picking it. This was definite Missingno backlash. 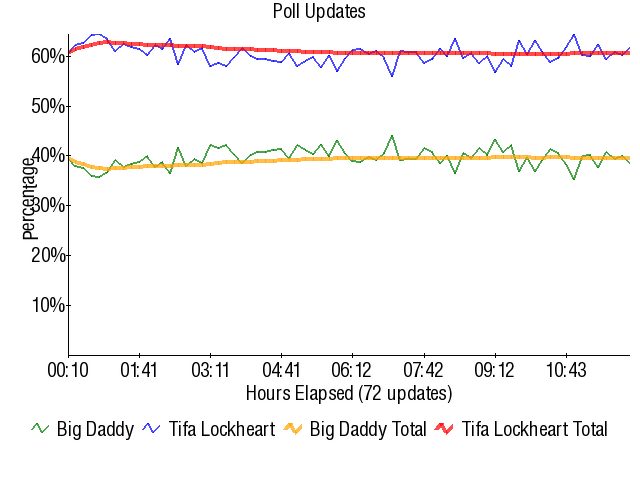