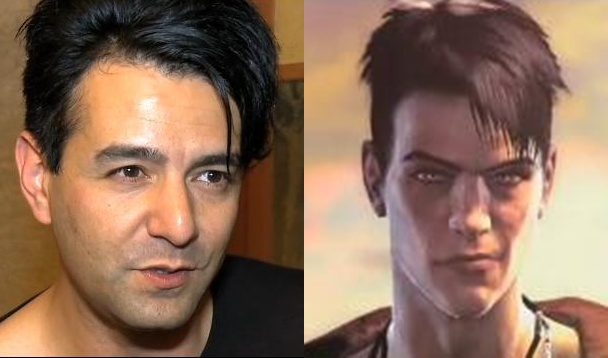 Tameem and Ninja Theory basically went as far out of their way as possible to piss off as many DMC series fans as they could, and I'm not actually sure what's worse: Tameem doing this, or people actually defending this literal abortion (watch the Mundus Spawn fight, assuming you can make it through the vid without puking) of a video game. I always thought Stockholm Syndrome was overblown, until this game came out and there wasn't universal hate for it. Capcom basically has been telling their own fans how much they hate them for years, and somehow people still defend Capcom. I really don't get it.

I'm saving my 100% writing energy for the DmC review I'm working on, but the short of it is DmC is by far the worst game I've ever played in my entire life, and anyone who actually likes it is obviously a human being with no intelligence that I will never want to interact with or take seriously, ever. There is no defense for that game. Zero.

Regarding the actual match, the only Dante match I've ever predicted incorrectly was his 2007 run, and I can get behind the 2007 run because pre-DmC Dante deserves to make waves. But now? Absolutely god damn not. Dante went from a badass slayer to a metrosexual trapeze artist, with a director pulling a Stephanie Meyer and self-inserting into the main character in a glorified fanfic.

So yes, I knew Dante was going to lose. I knew he was going to get blown the f*** out. And not only did he deserve every second of it, but 151 people have absolutely no idea what in the hell they're talking about: http://thengamer.com/guru/stats.php?match=95

HOW?! How did 151 so-called experts not see this coming? Did the seething hatred of Capcom, Ninja Theory, and DmC somehow escape you people? I legit want an answer. Who in their right mind could possibly think Dante was winning this?

Last note: No character ever has or will have more pic sabotage attempts than Dante in this match. For the first time ever in this contest, we got to see stats on submission numbers for pictures. Dante more than doubled his closest competitor for pic submissions, because everyone was submitting DmC stuff to sabotage him. He ended up getting a fair pic from 4, but there was no chance in hell Dante was ever going to overcome the hate and win this match. Even Zidane stayed even with him for 10 minutes.

Burn in hell and go f*** yourself, Tameem. Never make another video game ever again.

If you zoom out on Dante's match pic, he pretty much expresses how we all felt about his performance here:

People had basically given up on Dante being able to overcome Squirtle by this point, but this match coming right after a small Pokemon loss gave people the slightest bit of hope. Then the match started and all that disappeared. It now became about extrapolating Dante and Zidanes' performances to see how strong Squirtle really was. I'm not sure if people were saying Squirtle > Cloud yet, but there must have been at least a small minority who predicted it.

I know 4chan was really into rallying Pokemon and the slightly higher votals here show that they probably did get involved in some small way, but not on a crazy level. Besides, in this contest rally-strength was just real strength. Squirtle's performance in 2018 will determine where he really truly stands in these contests. Probably still good.

Dante might have won if we had gotten Donté, el exterminador de demonios here instead.

Retrieved from "https://board8.fandom.com/wiki/(2)Dante_vs_(5)Squirtle_vs_(11)Zidane_Tribal_2013?oldid=82210"
Community content is available under CC-BY-SA unless otherwise noted.