Kirby had a weird 3/14 match with a cute girl before, but not this year. This was an expected win, it ended within 1% of the Oracle consensus and was wholly boring. Kirby started over 60%, then spent the rest of the night getting pounded down by Asia's love of Square characters. Kirby did pretty much nothing with the morning vote, and finished as expected.

"As expected" was bad news for Kirby in the same way as Ganondorf, and more or less proved his 2008 run was a bandwagon fluke. If you're out to upset a Noble Nine character 1v1, you have to overperform in the matches you're supposed to win. Kirby did not do that here. 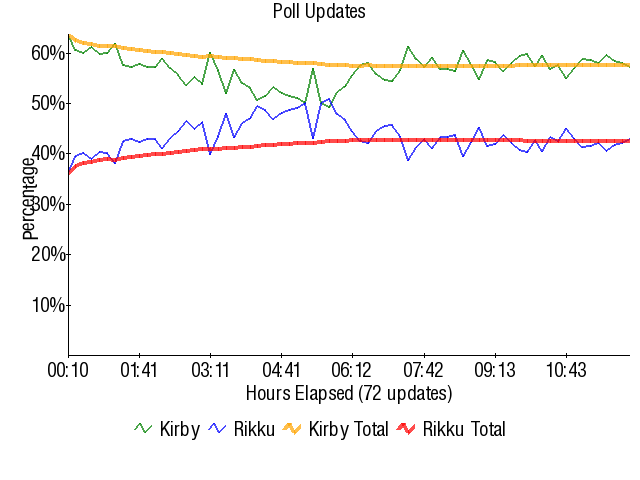