There was mild Vivi > Kirby upset hype once Vivi demolished Altair, but that was crushed about 2 seconds into this match. Vivi was never in this.

Before long, it came down to whether or not Kirby could perform well enough to keep alive the Sonic upset. In a word.... no. Kirby needed to break 60% here, at least, if he hoped to crack into elite ranks. However, his win against Vivi was one of those matches where the percentages didn't move all day. Kirby's bandwagoned form from 4ways was clearly gone, and his legit strength wasn't going to be enough to beat Sonic.

Even with this said, this prediction percentage was as odd as Luigi's. Less than a third of people had Kirby winning three matches? Really? For every good match the casuals have, they follow it up with about 20 of these stink bombs. 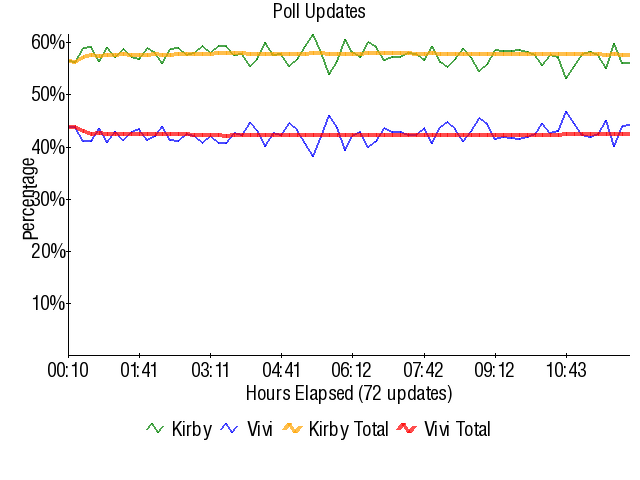