L-Block once built an 825 vote lead on Link in 5 minutes. 3 years later, he proved to be quite mortal and transitive, and in a way he got very lucky to be thrown into a terribly weak fourpack of characters. HK-47, Isaac and Professor Layton isn't exactly murderer's row, and very few people thought L-Block could get past Charizard or Kratos.

Not only did L-Block come back down to earth this contest, but he even lost his trademark joke trend. He began this match at 66%, and only fell a little bit from there. Not exactly an overpowering win fitting for a former champion. L-Block will likely always make the field, maybe even with high seeds, but he'll never again be what he was. 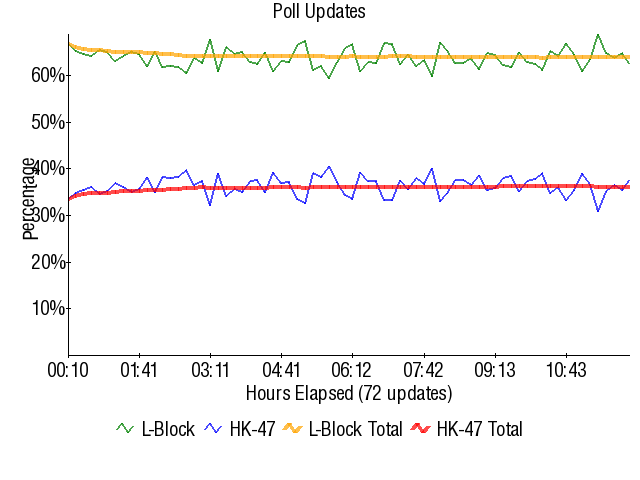