Finally, a match worth actually saying something about.

After the Summer 2004 Contest, the Extrapolated Standings looked beyond screwed. Everyone already knew about the blatant SFF adjustments, but there was a less known anomaly early in the stats evolution after that contest. Due to Mega Man's bombing against Link, Solid Snake was ranked far lower than he should have been, lower than even Ryu. The only logical adjustment that could be made was to assume that Mega Man suffered SFF against Link, so that Solid Snake could rank above Ryu where he belongs.

The problem is that it caused some other characters to make very large jumps based off of Mega Man and Snake's adjustments; namely, the Frog/Master Chief/Liquid Snake trio. It's somewhat difficult to imagine Liquid truly being as high as the the 2004 stats would suggest after one match, simply because he hadn't really been tested yet. Liquid Snake is ranked above even Bowser in those stats.

Liquid's match against Tenpenny made Liquid seem like a beast, but you would think that Liquid would have followed it up by demolishing Lavos, the characterless villain of Chrono Trigger, in embarrassing fashion. Instead, Liquid failed to cream Lavos early on, and soon saw his percentage actually dropping. He made a minor recovery in percentage in an effort to get it back over 60%, but it Lavos eventually caused it to start dropping again to the value you see now. Lavos, the villain who is just sort of.... there, wound up breaking 44% on Liquid Snake. This was either a very impressive performance by Lavos, a bombing by Liquid, or both.

There are few explanations for such an embarrassment on Liquid's behalf, and through his match picture sucked, there's probably more to it than that. True, it's possible that the Chrono Trigger fanbase will vote for anything that appears in the game, but Liquid's prediction percentage leads me to believe that the 2004 stats massively overestimate him. One would think that a character stronger than Bowser should have more than 53.12% of brackets picking him to make it out of such an unbelievably easy fourpack, yet instead over 46% of people picked either Tenpenny, Lavos, or Mother Brain to beat him. SHENANIGANS. It's possible that both Liquid and Lavos are strong, but I personally find it hard to believe that one could think that Liquid could be anything but overestimated after seeing this match against Lavos. If you do some quick math and plug Lavos into the 2004 Xsts, you get a value of 26.57% for him. This puts Lavos between Kirby and Dante, ahead of such characters as Dante, Tidus, Yoshi, Shadow, and Knuckles. I don't know about you guys, but I think that Lavos being ahead of a lot of characters that he has no chance against is a little strange.

Personally, I think Liquid is proof that transitivity does not always exist within the Xsts. It's more than possible, for example, that Liquid's adjusted 2004 value is way off, while other adjusted 2004 values are correct. Frog and Master Chief, for instance. Multiple close matches in a row can cause some strange things, and Lavos's amazing performance quickly shot down any form of elite strength that Liquid allegedly possesses. There's no way in hell that Ryu or Bowser would struggle with Lavos this badly. Most of you have played Chrono Trigger, yes? He gives such a piss-poor fight and has little to no real story other than what your characters say before you fight him.

It's possible that Lavos truly was that strong and that Liquid would turn around and perform just fine against Sephiroth, but the odds were extremely small. The 2004 stats are just ****ed. 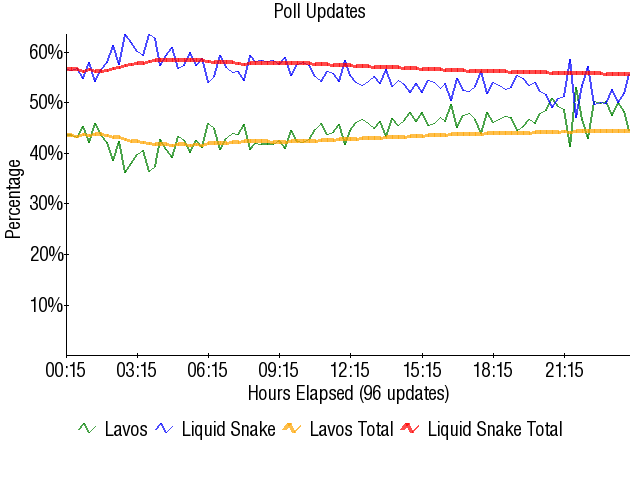 Retrieved from "https://board8.fandom.com/wiki/(3)Lavos_vs_(2)Liquid_Snake_2005?oldid=55981"
Community content is available under CC-BY-SA unless otherwise noted.