Regardless who won the Sackboy/Kratos Aurion duel, the winner wasn't getting anywhere close to beating Leon Kennedy. The caveat here was Sackboy doing worse against Leon than Vault Boy did. How many people would have honestly picked Vault Boy > Sackboy this contest? 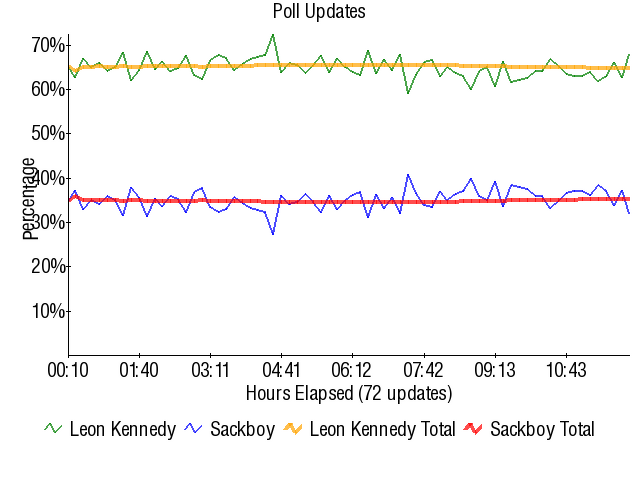 • Previous Match       • Next Match
Retrieved from "https://board8.fandom.com/wiki/(3)Leon_Kennedy_vs_(6)Sackboy_2010?oldid=59224"
Community content is available under CC-BY-SA unless otherwise noted.