Okami isn't a Nintendo game, but it has a sort of Nintendo appeal to it despite being on the PS2 first. Ammy gets the best of both worlds, too, and avoids ever getting SFFd because of tapping into the site's two big fanbases. She's very resilient, she's long since proven we need an Okami 2, and she even threw Shadow the Hedgehog a bone by doing so well in this match. Sonic Team was not looking good at all after round 1, but this was the match where people came around and thought maybe they didn't look so bad after all. Ammy just decided to sun god crush her first 1v1 appearance. 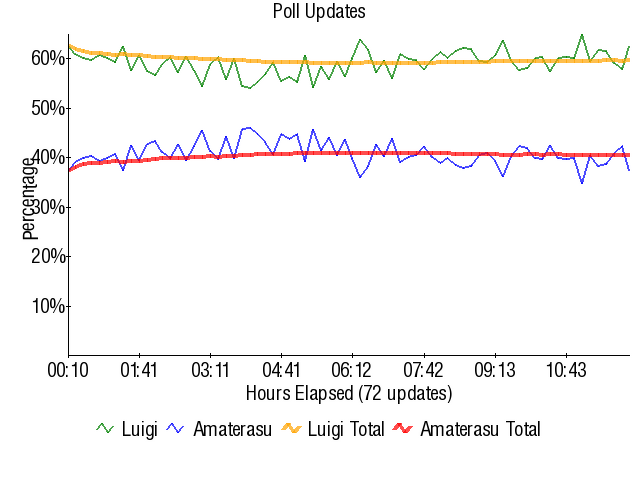 • Previous Match       • Next Match
Retrieved from "https://board8.fandom.com/wiki/(3)Luigi_vs_(6)Amaterasu_2010?oldid=59204"
Community content is available under CC-BY-SA unless otherwise noted.