Cube may have started this contest on fire, helping to make Sandal the lowest character in the LOL X-Stats, but he went out with a whimper. Every "joke" character this contest was going off their legitimate strength, except for maybe Missingno during the Crono match and the first four hours against Sephiroth.

Worse yet, Cube ran into a strong Mario character. Mario characters are the perfect anti-joke kryptonite, so this was never going to go anywhere. Luigi just kinda went right for the Fire Flower and exposed Cube's one weakness as early as possible.

Now this was an obvious match, so what's up with the prediction percentage? Only 35% of people had Luigi winning three matches? Seriously? Who in the world was going to beat him in the bottom half of this region? There's no candidate at all. 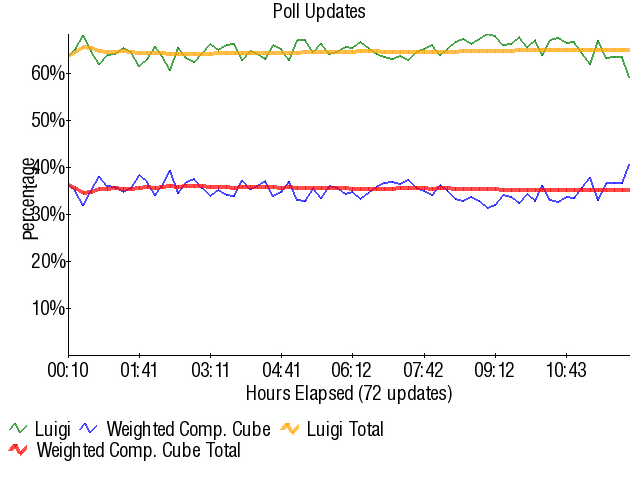 • Previous Match       • Next Match
Retrieved from "https://board8.fandom.com/wiki/(3)Luigi_vs_(7)Weighted_Companion_Cube_2010?oldid=59238"
Community content is available under CC-BY-SA unless otherwise noted.