Most people thought Mega Man would do okay here; Oracle consensus was around 57-43. A respectable beating to be sure, but not a roflgodslayer performance.

This match however was pretty close to the latter. Round 1 against Cid can be blamed on the pic, newfound 1v1 shenanigans or whatever else. But Mega Man followed that up with a similar unexpected overperformance against a very legit Zack. Dare we say... 2002 Mega Man is back in full force?

Time will tell, but the Mega Man series looked very good this contest. Mega's unexpected bitch-slap of Zack was one such example why. 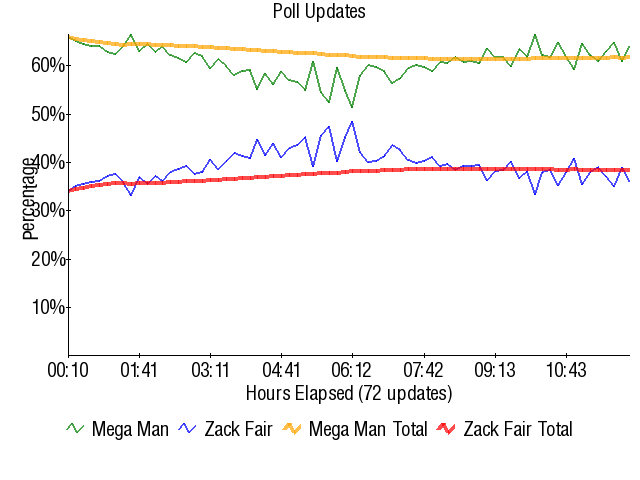