Figures the very match following a perfect LOL 4-WAYS result would go almost exactly as the 2008 stats predicted. That's just how Winter 2010 was. This was actually not a good thing for Bowser at the time, since the whole debate was whether he could upset Sora or not. And even though he did beat Sora this contest, only doing as expected on Frog, followed by that terrible performance against Kefka sort of foreshadowed Bowser's end in this.

But the big thing here is "Why does this character get so overrated every year?", Frog Edition.


Frog gets overrated annually thanks to past shenanigans, and at this point we can almost guarantee he's cheated multiple times. Yes Chrono Trigger is weakening, but GameFAQs also has airtight security measures against cheating in polls now. If you think this isn't a huge reason why CT has fallen off the map, you're naïve. CT fans always attempt to cheat, all the way back to 2002, and occasionally they've succeeded. Now that the cheating no longer works, they've been awful. Not a coincidence. 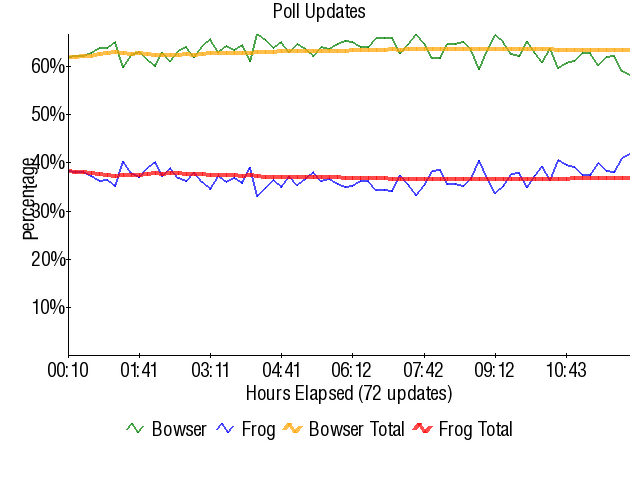