Even more odd is the board vote repeated itself from 6 years ago. DK somehow had brackets and hung in for a few minutes before getting buried. It was a boring match the first time, and was only funny the second time because of how people still had faith in DK against the same character that 56-44'd him six years ago. There was no reason for DK to turn this thing around.

I look forward to the trilogy's conclusion in 2016. 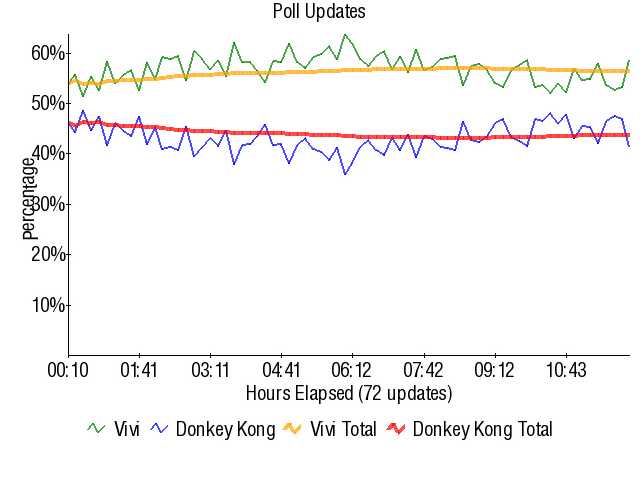