It's amazing how an already-irrelevant meme from Dragon Age got enough nominations to be a 10 seed, while everyone else floundered about in vote-in polls. I'm positive Bacon set this up as a funny joke match or something, because no one even likes Sandal.

It was a joke match in theory and on paper, too. Everyone remembers L-Block's run in 2007. Everyone remembers Weight Companion Cube's run in 2008. That was all well and good, but Cube threatening 80% in its first 1v1 match is something else. It wasn't all Cube being strong, either. You need only look at the awful vote totals to see that. This was all Sandal sucking. He had no business in the field, especially as such a high seed. 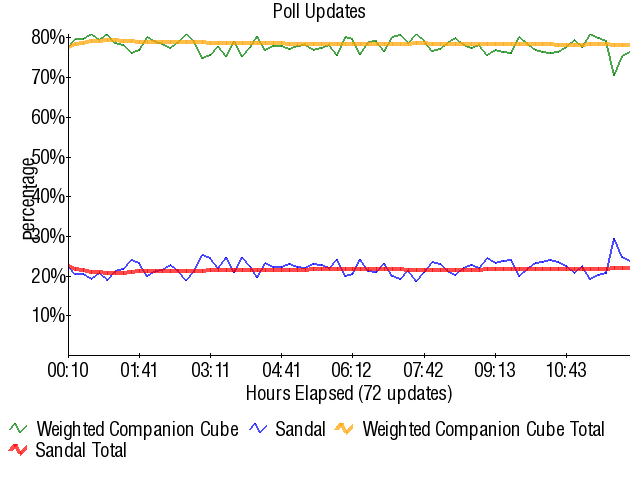 • Previous Match       • Next Match
Retrieved from "https://board8.fandom.com/wiki/(7)Weighted_Companion_Cube_vs_(10)Sandal_2010?oldid=59647"
Community content is available under CC-BY-SA unless otherwise noted.