What's truly sad is that might be the best possible picture for MacMillan. Dude never gets out of his bush.

This is a very cut-and-dry match. According to Leon's 2008 stats, MacMillan was expected to get 28% here. We saw Resident Evil 5 and Modern Warfare 2 get released since, but the expected percentages stayed about the same during the actual match. MacMillan probably did a tiny bit better than expected because of that terribad picture, but what can you do.

This was the second of three straight matches with Call of Duty characters losing badly in the first round. So in a way, Call of Duty has something in common with Chrono Trigger. These guys looked AWFUL this contest. 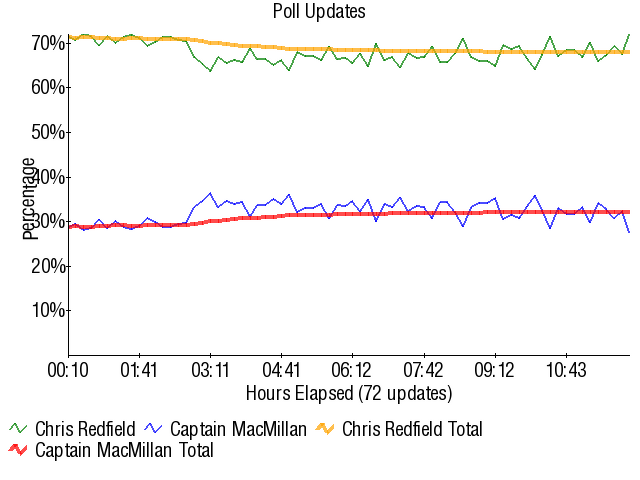 • Previous Match       • Next Match
Retrieved from "https://board8.fandom.com/wiki/(8)Chris_Redfield_vs_(9)Captain_MacMillan_2010?oldid=59179"
Community content is available under CC-BY-SA unless otherwise noted.