The ASV is the After School Vote, a time period that begins at roughly 3pm EST on weekdays and runs for the following five hours or so. The ASV is arguably the most important voting block of all, as vote totals spike to their highest point of the day during these hours and can often drastically alter a result, sometimes even ending a match outright.

The most powerful ASV forces have traditionally been Sora (and all things Kingdom Hearts) Sonic, Knuckles, and Master Chief (and all things Halo, and to a lesser extent all things Xbox). Although Nintendo characters are by and large very good with the ASV, they're mostly not as strong during this period as they are during the Nintendo Power Hour and the early part of the morning vote. The worst victims of the ASV are typically SNES-era RPG characters, particularly Kefka and Magus.

The ASV In Action Edit

Master Chief uses his incredible after-school advantage to kick Ganondorf, Luigi, and Yuna right in the teeth in Round Three of the 2007 Contest. 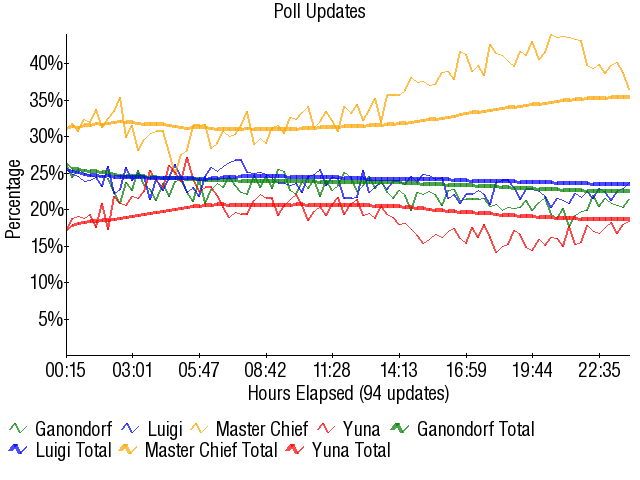 See Also: Marcus Fenix tears Kefka a new lettuce patch after 3pm in their R1 matchup during the '07 Contest.

Retrieved from "https://board8.fandom.com/wiki/ASV?oldid=76718"
Community content is available under CC-BY-SA unless otherwise noted.